link to the jam's site http://www.gbjam.net/

I guess this all started earlier this summer around late June...
Surfing the forums on gamejolt as usual when suddenly I found a gamejam and I knew what they were at the time, but had recently missed Ludum Dare, so I decided to give this thing a try; a week later I created a post on the GameboyJam Forums looking for partnership, and I waited, and waited, and waited, but nobody responded. I could understand why nobody would want to be jammin with an ammeter like me, but the next day I found a similar post on the same forum; I replied instantly after constantly refreshing the page every few minutes from excitement.

He let me in the team!
We exchanged contact information, then quickly set up a design document.
I got to 'Work' and soon found myself in a position that I have never been in before, and I have to admit I really liked it. 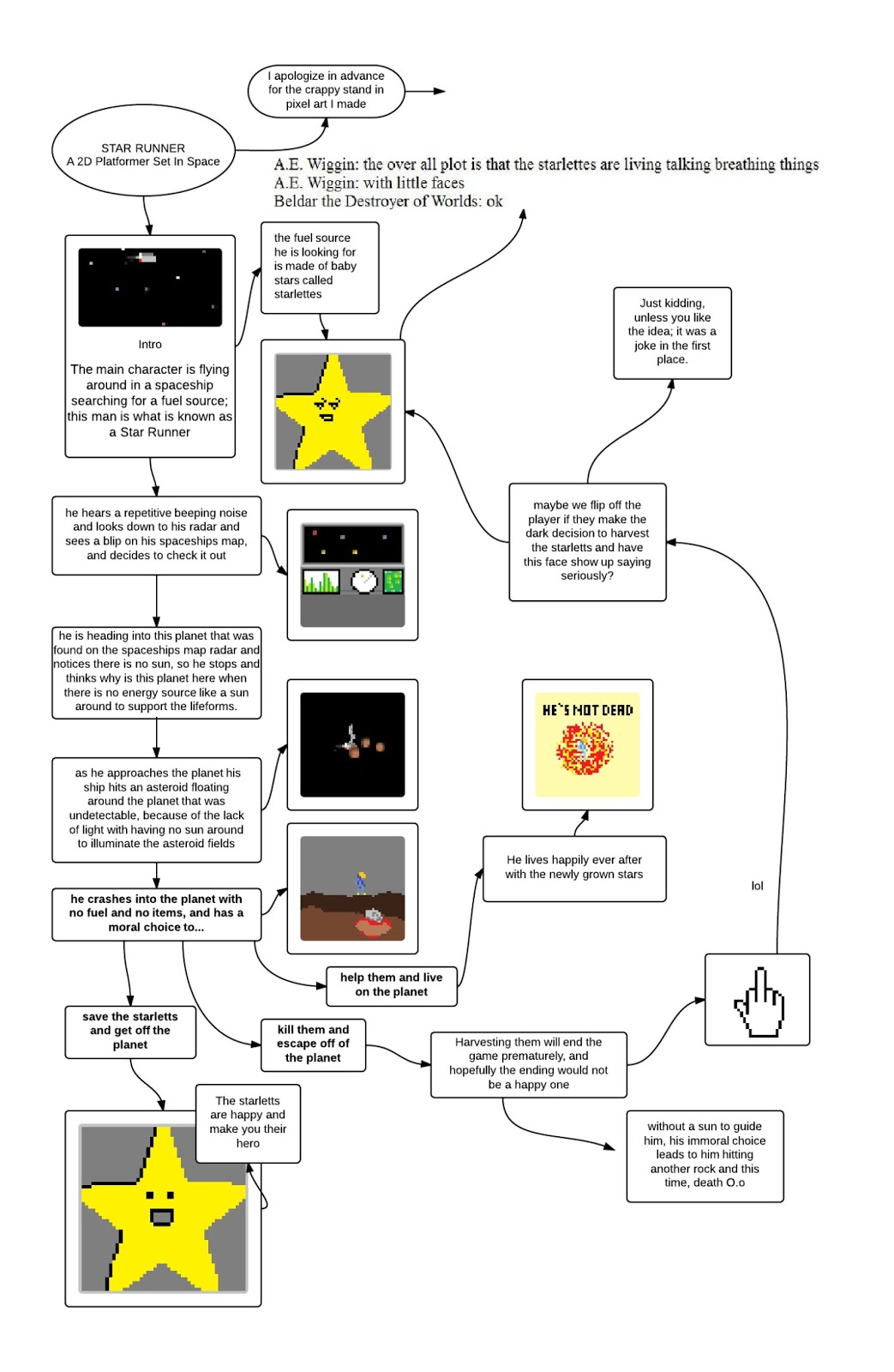 After we put the jokes aside as well as my crappy clip art we started to work on the master document which was HUGE. A few days go by and our team has multiplied in size from just a two man team to six; this change was for the better, because the new team members where soo talented. A couple of days go by of planning and making references from Doctor Who, Spaceballs, MysteryMen, and Fez, then going back to work...

Alex was working on the engine as well as everything else
I was working on sprites, characters, and dialog options since I'm not that experienced with Python
Jamie was helping with the programming aspect as well as being an awesome person
The point is the list goes on and on, so even if each of us couldn't help one aspect of the game there was always something else that needed work; TEAMWORK!
I realized further into the project that everyone is so busy working on the game that their work might overlap, then having days where nobody says anything and your skype chat feed is empty; sometimes you have to ask "What can I do to help?" and someone will give you an answer. The reason why this gamejam thing works is because everyone there has the same mindset and that is to make a game and have fun making it; to meet strangers and in the end have gained new found friends and contacts all around the world. I can't believe I took part in making a game with 6 guys in different continents, time zones, and doing it all through a shared folder in dropbox. I used to think I could do more by myself with my own vision, but that is far from true with fantastic friends like Alex, Jamie, Micheal, Tim, and Zealotlee. All in all this was one of the best experiences in my life so far, and I want to thank my team for being absolutely fantastic to work with!