May 03, 2016
by. Steven Harmon
John Tierney says in an article “There is also a school of philosophers — in fact, perhaps the majority school — who consider free will compatible with their definition of determinism. These compatibilists believe that we do make choices, even though these choices are determined by previous events and influences,” and that does sound simple enough to understand at face value. However, such as simple answer to an infinitely deep question leaves a sour taste in my mouth. Many theologians would say that fate is predetermined and known by God, yet somehow man has free will regardless of God's foreknowledge. The logic behind the common reasoning seems misplaced as well, so in order to understand this complex problem it's important to break it down into small digestible bits.

Bit one: Time. Time is a collection and measurement of variable and events in the past, present, and future, and time in that sense is infinitely continuous in either direction. Time travel whether possible by worm holes, glorified teleportation devices, or an extreme amount of hallucinogens it's important to theoretically explaining determination. Time machines much like VHS players can rewind, but since time goes infinitely in both either direction it can be insinuated that so can a time machine; even if in quantum mechanics a photon's transform doesn't exist until measured, think of the time machine as simply increasing the speed at which our fate is decided. So if time is just a movie, then who writes the script? Dead end, no actual answer. 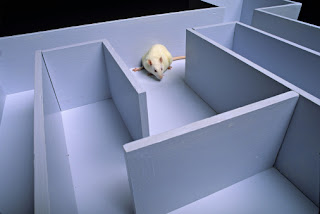 Bit two: Stimulation, response. In theatre all actors know that everything that happens onstage is alive because every actor is reacting to each other. Now from a psychological or biological perspective any thought or behavior can be attributed to a combination of influencing forces, stimuli, conditioned responses, primal instinct, hormonal release, and many more variables that can be measured, experimented, and replicated. So if everything that we do can be explained and reproduced with accuracy under the right circumstances, determinism wins and humans are degraded to a level of input and output responses. This understanding of psychology is the reason for the plea of insanity in the US justice system, and within reason removes the moral responsibility for our actions from ourselves onto us which is also the reason why usually those who are doing well like to credit themselves with the belief of free will since it provides validation and as for the others, they will reduce themselves to being a victim of circumstance since that is easier than owning failure. Even based in evidence, I'm not satisfied without free will.

Bit Three: Choice. If we only attack the question of free will from the side of determinism then we may only get half of the picture, so free will is in essence about meaningful choices which in today's society few and far between. We may feel like with all the brands of breakfast cereal, all the spontaneous and predictable variables during our commute to work or school, visible consequence of our actions that our choices make a difference, however small. It's a lie, a clever lie and to see through the veil of this lie we have to use another example, sorry. Video games are enclosed systems much like our world with many complex subsystems inside, and video games are the art of systems. Good games as opposed to bad ones have meaningful choices and tactile feedback and immersive presence to make players feel like anything is possible, and that each of their choices they made were unique and really mattered, even if the ending stayed the same or you only had those multiple endings and choices mapped out for you in the first place; this is what game designers call “negative space”, and the “illusion of choice”. Free will isn't here, and the only real choice in this example was not playing the game at all, but that could be just attributed to the game being poor and uninteresting enough for you to pre maturely quit. We're still left with the question of who is/are the designer(s) of our world? 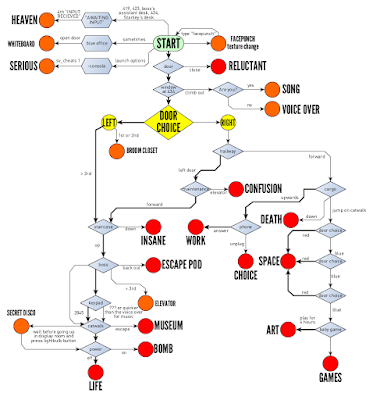 Bit Four: Cause and effect. There are so many people we meet in life, and yet only a few that truly influence us to become who we are, events that can determine a lifetime, and tracing these major key points in our own history can determine how we ended up the way we did. Of course there are a seemingly infinite amount of variables compounding that may have influenced us, the major ones hold more weight in this system. And time as in Doctor Who can be allotted to few and far between “fixed points” and flexible instances where things can be re written as to not cause a paradox or butterfly effect when you return back to the present or future. Yet, Doctor who is just a television show and the theories in it should be taken with a grain of salt.

Bit Five: Quantum entanglement. For every choice you make makes a new parallel universe of the other outcome if had you chosen differently, and so on and so on with branching trees of how history could have gone all to explain why a cat is both dead and not dead before observed. Einstein's example of quantum entanglement or “spooky action at a distance” relates to two closed briefcases with one of a pair of gloves inside each briefcase and once you open one you automatically know what the other glove is. However, we as humans like to believe that we are at the center of everything until disproved, e.g, Copernicus and Galileo proving that the earth wasn't the center of the galaxy, but rather the sun. So who is to say that we couldn't just be one of the pre determined entangled universe branches from the main deciding universe? 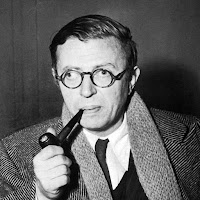 Bit Six: How we get on. All evidence leans toward determinism, and the evidence for free will is almost entirely anecdotal and sentimental argument, because people want their life to have meaning, to have purpose, value and destroying the very undermining belief systems that holds cause and effect in the balance is scary for most. So in an existence with pre determination, there is free will. How? Existentialism. If our life has no meaning, our actions no real permanent consequence, and our existence invalidated then we might as well have fun with this game of life, explore those fake choices and consequence, own them, and try to better understand and master those complex systems of life and thus arises our free will. Because without free will and being aware of that fact, then how will we as humans be productive?

Bit Seven: Questions with Shakespeare. Can we be at peace with our own circumstance, deadlocked to what is expected to happen from what has previously occurred? Can we happily live without that inner lie of the human spirit, free will, and miracles? Could we We all have our own answers to these questions, and all we can do is go salsa dancing with the paradoxes that explain our existence and provide us with endless confusion. Shakespeare once wrote “All the world’s a stage, And all the men and women merely players; They have their exits and their entrances. And one man in his time plays many parts,” However Shakespeare himself was both an actor and a playwright, both writing his fate and interpreting it for all to see; this is the lie we tell ourselves to be happy and as long as the pursuit of happiness and human dignity is a moral value, free will will likewise stay too.