https://stevenharmongames.gamejolt.io/post_hello/
For such a cute game, the development was anything but.

Am I a bad partner?

I love my partner on the game to death, but we weren’t the right partners for each other. Nothing against her either, this was her first game in Unity and my 56th. It's been so long since I've been a beginner that I've lost touch with what it's like to just start out making games and therefore the tasks I delegated were perhaps out of scope and her skillset.
I suppose I wanted to work with someone new, someone I wasn’t friends with, because maybe deep down I knew that regardless of who I matched with I’d end up doing a majority of the work and grow resentful of my partner to be. Maybe I internalized this from the past horror stories I’ve heard from years past but even coming into this class and program I’ve been put in a unique position. Having a background in independent development and being self-taught I already have a process, a work ethic, an audience however small that expects a certain level of quality that limits what I can do. Or maybe I’m just an egotistical indie developer wrapped up in his own self-delusion of martyrdom. But either way, partner work can either be a hit or miss.
I found myself getting more and more upset when we’d run into issues. Seeing work I had spent an all-nighter on be erased or her work requiring revisions on my end due to technical oversight, lack of attention to detail and testing, or perhaps just perforce syncing problems. I’d constantly have to weigh if a task was worth delegating when I’d need to eventually fix and explain it later or if I should just do it myself correctly the first time. So that’s how I ended up with 50+ hour sprints when my partner had 8-hour sprints. It didn’t happen suddenly either, it was a gradual process of delegating and not getting what I wanted and making those weight choices. And of course, me being the obsessive-compulsive determined dev I am, I had to 0 out every task.
The game felt like a non-stop game jam where I was Sisyphus constantly redoing work and with each boulder sprint, I became more and more frustrated and tired. The constant social media reminders of my partner on Instagram with friends out and about having fun while I was crunching to get the game finished in isolation didn’t help either. Of course, nobody was forcing me to crunch and it was "just a class project" but for me, whatever I'm working on serves as a backdrop to who I am. My partner was sympathetic, but sympathy only goes so far... I would have liked some relief or at the very least a solution that wasn’t another superfluous useless design doc.
Crunch is a choice, but I am so predisposed to it that I need someone to physically stop me from doing it because I know I can’t myself, at least not yet. With no hesitation I will prioritize whatever game I’m working above all else, because it’s literally the only reason why I get out of bed (whenever, if I ever I go there in the first place). The main reason why I grew to slightly resent her as a partner was not that she couldn’t keep up or prioritized her capstone pitch over the project, it was because she didn’t stop or support me when other past partners would have. It's unfair to compare, but I just had such a positive work experience with my last partner on Player Known Battlegrounds that it's hard not to.
I tried my best to at least make this a somewhat challenging but not too overwhelming learning process for her, but should have focused more on taking care of myself. I’m taking an occupational therapy class next semester, maybe through that I will find the help I need.

Originally, I came up with some character designs that were cute, but uninspired. Though during one of our meetups my partner quickly sketched a shapely deliveryman and it became immediately apparent that it would become the style for the game. While she didn’t have the 3D skills to turn them into a reality, I was able to translate her character designs into 3d, animate them, and create the world for them to inhabit. 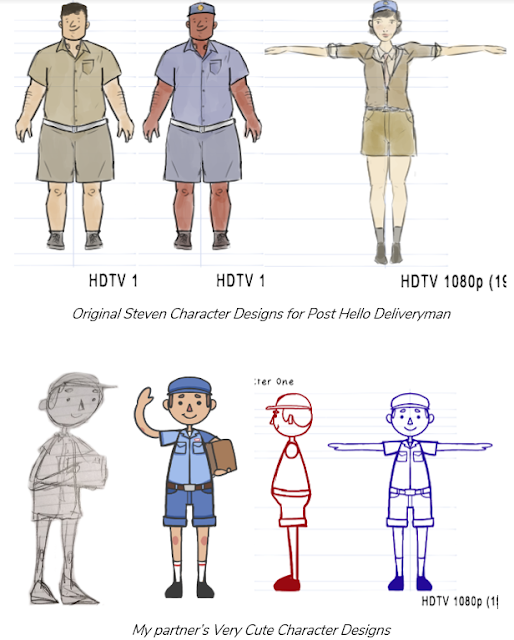 I felt I actually did a decent job placing detail where it mattered depending on what the 3rd person cameras would focus on instead of evenly across the board. The neighborhood was fairly modular, though I made plenty of mistakes along the way. While prototype required something playable, the blockmesh felt like a waste of time since it was so close to the art style anyways. But learning that design pipeline was good for me. I’ll be ready for the next #blocktober.

Perhaps I could have fleshed out the game more mechanically if I wasn’t so sidetracked with exploring writing my own IK system (should have just bought final IK), dynamic hair, and first person / third person animation blend trees. Not to mention this was the first project I had done mocap for. Warranted, not all animations are mocap, some like the package pickup are actually just keyframed, but still this was a massive undertaking for me having very little character animation experience prior and I’m happy with the final results (minus the god awful weight painting job… but I had limited time).
From building improvised mocap sets, putting on 50 markers on myself from muscle memory, and capturing solo… I’d say it’s a miracle I even got any working data at all… let alone have time to clean it, manually track, and retarget just enough to have something usable on such a tight schedule. My newfound animation experience inspired me to use the animator as a complex state machine to manage camera transitions which was the ace in the hole for my 3rd person camera problems. 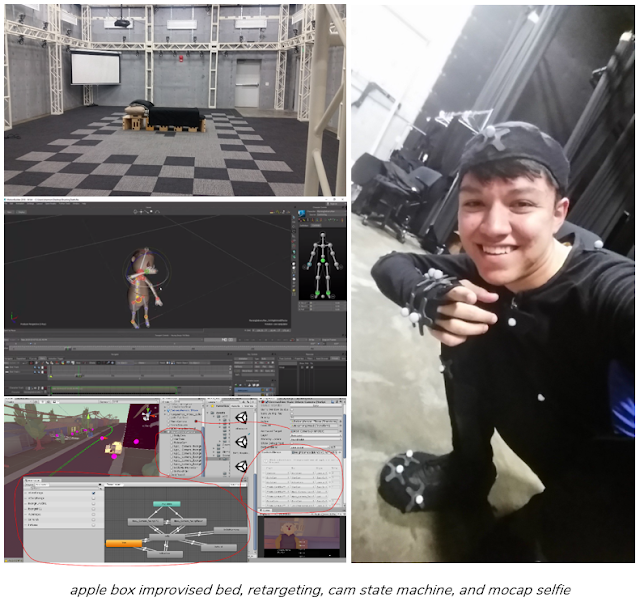 Regarding animation, for the needs of this project, the methods used were an overkill. However, it gave me practice for my serious animation work on “Empath”, the AGP I had worked on as a contractor (unpaid) this semester. If anything, this entire experience has opened up a new avenue for populated games, no more empty first-person walking sims. 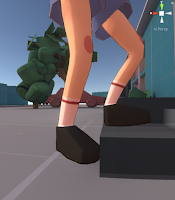 To be honest, I don’t feel the same way about this project as I do the others I’ve worked on in the past. I still did all the other things I’ve done for all my other children games, from devote myself entirely unto it and work hard on creating a great trailer, presskit, and landing page… sending cold emails to every indie reviewer I could with social media pushes following the way. But part of me knows, no matter how much of the work was actually me, “Post Hello” wasn’t a true StevenHarmonGames game. It wasn’t my newest big release following the high school legacy I had come from, just a stepping stone on my way to my next big thing.

A return to roots

I don’t like the assumption that I’m a lone wolf who doesn’t play well with others. When my peers and teachers pigeonhole me this way, it hurts. I like working with others, it’s just I think my optimal partner would be one of my professors or someone in industry, not my peers still learning the basics. This is why my favorite college classes so far have been master classes. But alas, I think after this project I need a long break from group work. I need to return to my roots and do what I do best, because that is what I believe is best for me and my future work.
Granted, I really do like creative control and freedom to wear multiple hats, so long as I’m the only one wearing them – which makes me either a great technical designer (problem solver) or indie. Though, I learned if I’m in a team and doing just one thing (as in “Empath”), I’ll deliver on time and conduct myself professionally, sacrifice my spring break to working, whatever… but it’ll never be the same as happily losing myself in my own work.

While the mechanics and systems made for this game can become something perhaps in  a future overambitious solo project that should be made with a much much larger team, I’ll rest first. I think at the very least I deserve a break from gamedev, to play games without feeling guilty and actually have a social life and maybe even a relationship if I’m lucky. Because “There… must… be more… to life… than just… work.” 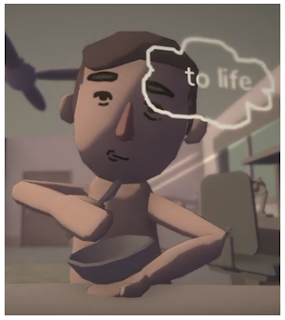